Many travelers like GoPro camera setup because of its sleek design and easy to use interface with 4k shooting functionality but it’s not the only option in the market.There are many GoPro alternatives available out there in the market which we are going to discuss them further in detail. In our list of best GoPro alternatives, you will undoubtedly find one which won’t burn a hole in your pocket and meets your requirements. Let’s start with the list: 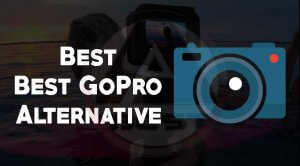 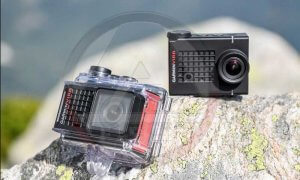 Garmin is a reputable company which manufactures smartphones and smartwatches. They recently launched one of their camera named Garmin Virb Ultra 30 which is a nice GoPro alternative in small price. It comes with a 12 MP camera shooter which can shoot up to 4k resolution at 30 frames per second. It also has inbuilt three axis image stabilization so say bye bye to shaky videos. Its packed with a niche 1.75-inch touchscreen and a viewfinder, GPS, accelerometer, a gyroscope, an altimeter and a magnetometer. Too many specs in a small package. Virb Ultra 30 comes with 1250 mAh battery which is more than enough to shoot a 4k video for 90 minutes straight. Furthermore, its a waterproof device so hell yeah you can shoot 4k videos in your swimming pool or sea beaches. 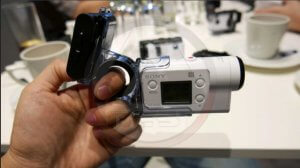 Sony has been known long for making high-quality cameras.They recently launched their new model named FDR-X3000 which comes with optical image stabilization in a small form factor which is the reason it stands first among other GoPro competitors. Designwise it looks a lot like GoPro and more like a traditional mini camcorder. It can shoot 4k videos at 30 fps.Furthermore, if you are loving making slo-mo videos, then you will be excited to know that it can shoot 720p videos at 240 frames per second! Sony FDR-X3000 comes with a waterproof body which can shoot at 197 meters under water with built-in Bluetooth, NFC, GPS and wifi support. You can also attract necessary accessories and connect them via Bluetooth. 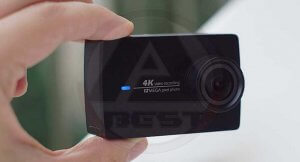 Xiamoi is a well-known brand because of its affordable premium smartphones. But they also make other stuff like laptops, wifi routers, and cameras as well. Their Action camera which is extremely small and handy in size is a great GoPro alternative if you need a small camera which can shoot 4k footage. It has a large camera sensor which covers 155 degrees ultra wide footage. It comes with angle 7-glass lens with f/2.8 aperture. Don’t underestimate it because of its small size, thanks to its 14nm video processing SOC which is highly battery efficient. It gives you around 90minutes of 4k video shooting at 60 frames per second with a single charge. 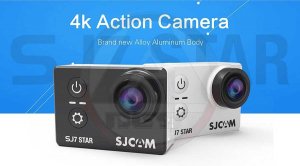 SJCAM’s is the best GoPro alternative and comes with a neat and sleek designed body. It comes with a 2-inch touchscreen control panel and is powered by A12S75 Chipset which is highly battery efficient. It is packed with Sony IMX117 12MP camera sensor and can shoot 4k videos at 30 frames per second with its 166-degree wide angle lens. This camera can shoot 1080 videos at 120 frames per second if you’re fond of taking crispy slow motion videos.

These were the best GoPro alternatives which are available on the market today. Let us know what do you think of these devices in the comment section below.